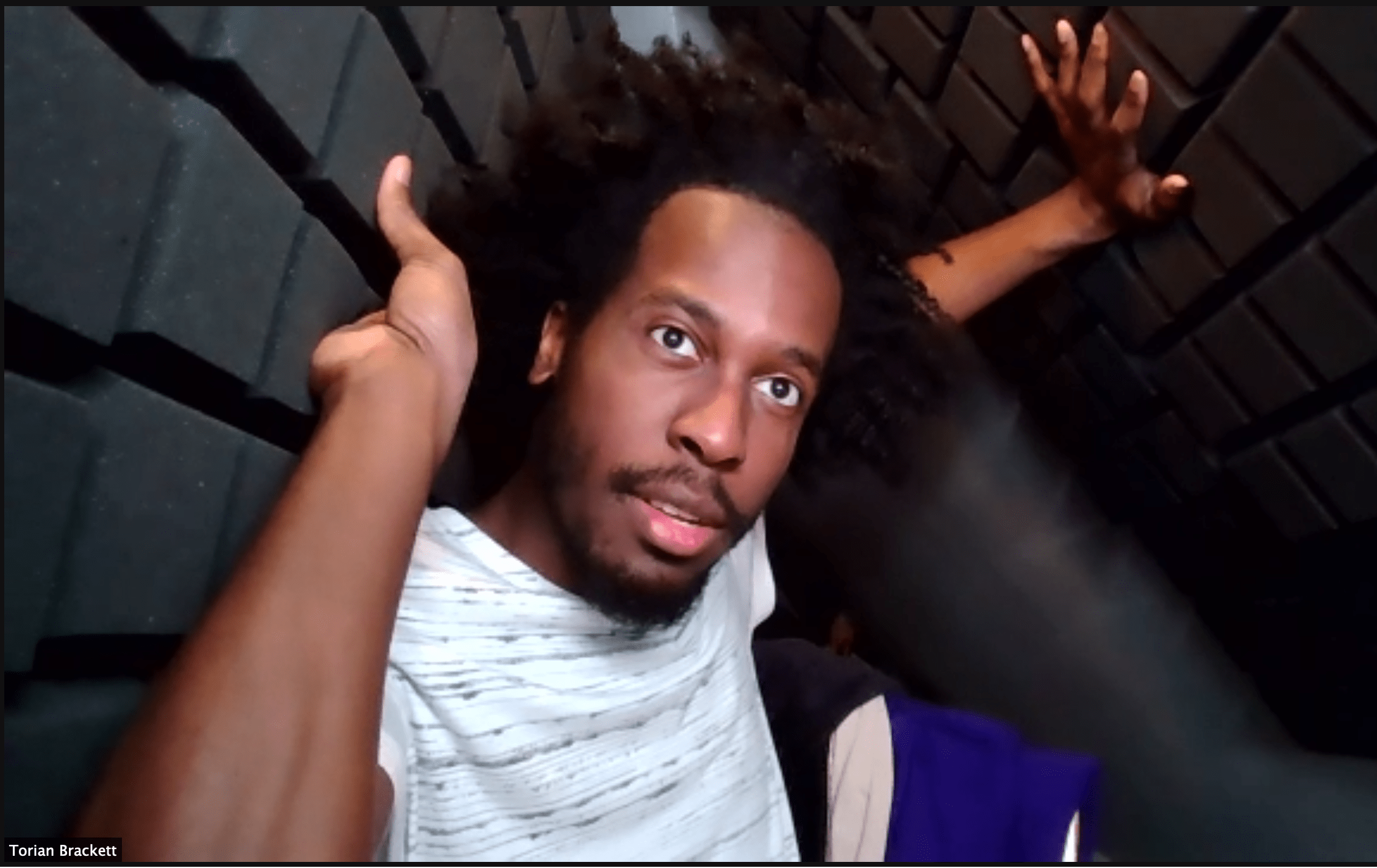 As it has been doing for 18 years, The Armonk Players once again rewards audiences with expertly staged entertainment.

Directed by Pia Haas, Time Stands Still, by Pulitzer playwright Donald Margulies, cleverly coaxes us to think more reflectively about our own life choices, while challenging conventional wisdom about what is right and wrong.

Sitcoms are the sugar in our cultural diet. They satisfy our sweet tooth for instant gratification, for flights of fancy to release workaday stress.

Like our bodies, though, our minds cannot (or should not) thrive on sweets alone.

Lovingly crafted live drama gives us enriching and, yes, tasty protein to digest. It gives the ol’ gray matter a chance to flex while pumping ideas.

The Hudson Valley is fortunate to have a bounty of excellent theater ever ready to balance your intake of entertainment between serial TV and serious theater.

Don’t mistake serious as dull or heavy-handed. In the deft hands of master writers, the weightiest topics take flight through the natural levity of life.

The work of acclaimed Pulitzer playwright Donald Margulies, there’s a lot going on in Time Stands Still with which just about anyone of substance can relate. The deep-thinking author covers a lot of ground, deploying both verbal economy and a narrative drive that proceeds without pause.

We eavesdrop on unanswered questions about career choices; about the wisdom in older men fathering a child; about whether journalism is empowering or conspiratorial when “suffering” is the subject; about the charade — not to mention the shade — of romance.

Though Sarah Goodwin (played by Amber Mason) and James Dodd (Tom Coppola) are an unmarried couple, they sure can fight like they’re married. They are on similar career paths of high-end journalism. She’s a photographer, he’s a writer.

They specialize in war coverage, and, as the play begins, are returnees to their Williamsburgh, Brooklyn, flat after editorial assignments in Iraq. While there, Sarah’s arm, leg and face were injured by shrapnel from a roadside bomb. James suffered psychological trauma.

While there, Sarah’s arm, leg and face were injured by shrapnel from a roadside bomb. James suffered psychological trauma.

Their work output is the ilk of indelible images and tony text found in the ritzy, ad-laden pages of Vanity Fair magazine.

The two have been “living in sin,” in the words of Sarah’s disapproving father, for several years. James, with no desire to revisit a field of battle, either in his own home or abroad, is ready to tie the knot and start a family. Sarah… not so much.

Far from flowering, their relationship begins to wilt under the pressure of her flinty discomfort with being holed up as an invalid combined with his rebuffed efforts to help her along and re-ignite a romantic flame. She doesn’t want a pity party.

Bursting into the middle of all this are fortyish Sarah’s fiftysomething ex-boyfriend Richard Ehrlich (P.J. Glazer) and his 25-year old current squeeze Mandy Bloom (Elizabeth Harrington).

Richard both slept with and worked with Sarah, as her photo editor. Mandy is a bubble-headed event planner — an antidote to acidic Sarah — who babbles away as Richard tries to gently muzzle her and cuddle here at the same time.

The contrasts between the two couples remind us that what you see is not always what you get. Sarah and James on the surface seem more compatible in age and career, if not in temperament.

Yet, Mr. Margulies slyly shows how the May-December romance of Richard and Mandy is both more innocent and more sturdy, girded by the kind of mutual goals and open-hearted contentment Richard only can dream about.

Sarah only wants to dream about returning to the battlefield with her trusty, truthful lens to capture the grief and horror of the victims of war. She wants to go back into the belly of the beast to document death and destruction as her way to help arrest it.

Under the sure and steady hand of accomplished director Pia Haas (assisted by the always imaginative Christine DiTota), each actor brings to the stage a distinct sense of not only who his or her character is but how s/he relates to the others.

As the happy-go-lucky Richard, P.J. Glazer commands attention with his effective presentational style of performing. His delivery is precise and pungent with polished flourishes. It makes him a natural center of gravity without inappropriate gravitas. That would clash with Ms. Harrington’s breezy and believable gee-whiz effusiveness as Mandy.

Remaining true to the text throughout makes it all the more potent when each gets to let loose. Richard rings up James for underestimating how hard Richard tries to do the right thing in bringing serious subject matter to his readers. He can’t help it if one of James’s pieces gets bumped in the revenue-rich “Hollywood” issue.

Is Escapism Ephemeral… or Essential ?

It raises the question: what is essential and what is ephemeral? Maybe we need the escapism of Hollywood as much as the essays and photos depicting how we hate and kill in the name of… whatever rationalization you choose.

Mandy is genuinely aghast when Sarah unself-consciously explains her rationale for continuing to photograph a dying person instead of laying down her equipment to offer aid and comfort.

Who’s to say Sarah’s contribution to humanity in that moment isn’t exposing the horrors of war? Challenging conventional wisdom about what is moral forms the backbone of Mr. Margulies’ musings.

Tom Coppola’s James is fitfully confused about the trajectory of his longtime lover and live-in mate Sarah. The actor’s vulnerability is key to his empathetic portrayal. His fuming frustration with Sarah’s divergent ambitions is a heartbreaking moment. “I don’t need to dodge bullets to feel alive anymore,” is his declaration of liberation.

Amber Mason’s Sarah is impressively tough on the outside and bottled up on the inside. “I’m such a fraud!” she cries. As hard as she is on James and others, she’s hardest on herself. Ms. Mason, a dancer, is both graceful and gruff in her ice queen demeanor.

The set design for ‘Time Stands Still’ by Anthony Valbiro ingeniously refracts the play’s themes of battles both domestic and foreign. Photo by Bruce Apar

In the most artful way, the warring themes are reflected on stage in the ingenious set design by multi-talented Anthony Valbiro, with whom I’ve had the humble pleasure of performing alongside in the recent Armonk Players production of “A Midsummer Night’s Dream.”

Mr. Valbiro, who also directs, writes, sings and breathes theater, insightfully crystallizes the rendering of lives and the ravages of violence with breakaway apartment walls that end in jagged edges.

The audience actually sees through to the naked backstage wall. That smart choice enhances the rawness and realness of what we are watching, complete with a kitchen upstage separated from the living room by a step-up platform. There’s even a believable skylight peering down from the rafters.

The set’s net effect is of a post-modern mashup of styles that mirror conflicting personalities and life choices. If there’s such a thing as a spontaneous set, this magician has managed to pull it off. It feels like people live and eat and sleep here. Like Sarah’s photos, this picture’s worth a thousand words.

It feels like people live and eat and sleep here. Like Sarah’s photos, this picture’s worth a thousand words.

Rodd Berro, a board member of The Armonk Players who designed the atmospheric lighting, explained the unorthodox set by saying, “We’re not Broadway, so why try to duplicate it? We’re doing our own thing.”

Let’s hope they keep doing it as well as they have been, because it is a beautiful thing.